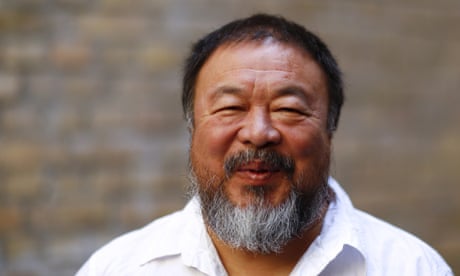 The dissident artist Ai Weiwei has finally found a target, other than the Chinese government, worthy of his scorn. It is that notorious corporate source of evil … Lego.

Yes. The artist who criticises China’s suppression of free speech and who has campaigned for important causes such as justice for the victims of the 2008Sichuan province earthquake, has turned his ire on the Danish toymaker.

After Lego refused to sell him bricks in bulk for a new artwork, on the grounds that it cannot endorse “the use of Lego bricks in projects or contexts of a political agenda”, Ai has protested and has been flooded with offers of used Lego bricks from all over the world to help him fight the power of Lord Business and his evil empire.

Well, he can’t have my Lego. And we have a lot of it in our house, from my old 1970s bricks to a new bag bought at Legoland a fortnight ago.

This gutsy and noble man risks looking silly by claiming to be “censored” by Lego. He is playing a game, pandering to people in the west who love the idea that corporate behaviour in the democratic world is as bad as the actions of the Chinese state. He, of all people, has to know that is untrue.

Here’s what Ai said: “Lego is an influential cultural and political actor in the globalised economy with questionable values. Lego’s refusal to sell its product to the artist is an act of censorship and discrimination.”

I am shocked that someone who has experienced what it is to be oppressed by an authoritarian regime, who was held for 81 days without charge and who has documented real, murderous abuses caused by his country’s lack of democracy, would be so glib as to confuse a clumsy PR move with actual “censorship”.

Lego is not stopping – and cannot stop – Ai from creating art out of its bricks. It knows that and so does he. It has simply refused a request for a direct bulk order. No one has been silenced. Lego has not imprisoned him or banned his art.